About our Special Guests 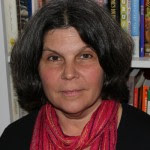 Connie Biewald
Connie Biewald has been writing stories in an effort to understand human relationships since she was five years old. She has been a teacher for more than 30 years, sharing her love of reading and writing with homeschoolers and hundreds of students in public and private schools. For the past twenty-five years she has been both a librarian and a Growth Education resource person at the Fayerweather Street School in Cambridge, Massachusetts. In her Growth Ed role, Connie works with children, parents and other teachers exploring the essential topics of human development-self esteem, the use and misuse of power, altruism and community service, sexuality, appreciation and understanding of differences. This work is reflected in her writing. She is the recipient of a Massachusetts Cultural Council artist grant and a PEN New England Discovery Award. Connie is also a mother of two adult sons and an aunt to seven nieces and five nephews. 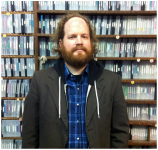 Andrew Blossom
Andrew Blossom is the author of I've Got a Message for You and You're Not Going to Like It, a co-editor of Richmond Noir and the founding editor of Makeout Creek. He works at Chop Suey Books and the Video Fan.
﻿ 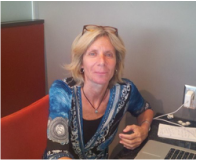 Lisa Chedekel
Lisa Chedekel is an award-winning investigative reporter, with 25 years in newspapers, who is now co-founder and senior writer for an online news service that is making a mark in the non-profit journalism world. Lisa wrote for the Hartford Courant for 15 years, covering a wide range of beats, from politics to healthcare. In 1999, she was among a team of reporters awarded the Pulitzer Prize for breaking news reporting. In 2002, she was among a handful of U.S. journalists who visited Saudi Arabia in the year after 9/11 to report on the aftermath of the terrorist attacks. More recently, she co-authored a series on mental health in the military that won a number of national awards, including a George Polk Award, and was a 2007 finalist for the Pulitzer in Investigative Reporting. Before writing for The Courant, she was a staff writer and columnist for the New Haven Register. She ventured into journalism after studying creative writing at Wesleyan University. Her online news service, the Connecticut Health I-Team (www.c-hit.org) is one of an emerging network of non-profit news sites filling a void in in-depth reporting.

Harrison Fletcher
Harrison Candelaria Fletcher is the author of Descanso For My Father: Fragments Of A Life (University of Nebraska Press 2012), winner of the Colorado Book Award, International Book Award for Best New Nonfiction and Independent Book Publisher Award Bronze Medal. His work has appeared in many literary journals and anthologies including New Letters, Fourth Genre and The Touchstone Anthology of Contemporary Creative Nonfiction, which selected his essay, “Beautiful City of Tirzah,” as among fifty outstanding works since 1970. A native New Mexican, he teaches nonfiction in the Virginia Commonwealth University MFA in Writing Program. 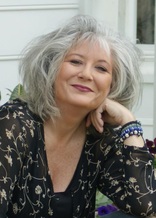 Erica Orloff
Erica writes for the Red Dress Ink and MIRA imprints, and the Silhouette Nocturne series. Her books are sold internationally and have been translated into several languages. Erica's books have been noted in US Weekly magazine (where they were twice selected for the "Hot Book Pick"), Cosmopolitan(which declared Spanish Disco "hilarious"), Romantic Times, as well as countless newspapers and online sites. Her books range from the funny Spanish Disco to The Roofer, a dark mob saga set in Hell's Kitchen, to Do They Wear High Heels in Heaven? (called "groundbreaking" by Romantic Times). In her supposed free time, Erica enjoys playing poker and entertaining. She is an avid reader of philosophy and enjoys hunting for new Buddha statues for her collection. Her Web site is www.ericaorloff.com.

Emilia Philips
Emilia Phillips is the author of the two poetry collections Signaletics (2013) and Groundspeed (forthcoming) from the University of Akron Press and three chapbooks. Her poetry appears in Agni, Crazyhorse, Green Mountains Review, Gulf Coast, Harvard Review, The Kenyon Review, New England Review, Poetry, West Branch Wired, and elsewhere. She’s the recipient of fellowships to the Bread Loaf Writers Conference, U.S. Poets in Mexico, and Vermont Studio Center; the 2012 Poetry Prize from The Journal; and the 2013–2014 Emerging Writer Lectureship from Gettysburg College. She serves as a staff member of the Sewanee Writers’ Conference and as a prose editor of 32 Poems. She lives in Richmond, Virginia where she teaches creative writing and literature at Virginia Commonwealth University. 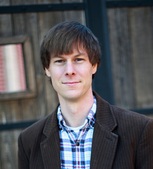 Jon Sealy
Jon Sealy is the author of The Whiskey Baron. His short fiction has appeared in numerous literary magazines, and he writes somewhat regularly for the Richmond Times-Dispatch. He lives in Glen Allen.

Kat Spears
Kat Spears has worked as a bartender, museum director, housekeeper, park ranger, business manager, and painter (not the artistic kind). She holds an M.A. in anthropology, which has helped to advance her bartending career. She lives in Richmond, Virginia with her husband and three freeloading kids. Sway is her debut novel.

Anne "A.B." Westrick
A. B. (Anne Bryan) Westrick grew up in Pennsylvania and later moved with her husband to Virginia where she spent hours walking Richmond’s brick streets, wondering how her Southern ancestors had fared during and after the Civil War. Her debut novel BROTHERHOOD (Viking 2013) grew from those wonderings. BROTHERHOOD won the Virginia Library Association’s 2014 Jefferson Cup Award and the Housatonic Book Award for Writing for Middle Grades and YA, and was named an American Library Association 2014 Best Book for Young Adults, a National Council for the Social Studies 2014 Notable Trade Book, a Jane Addams Children’s Book Award 2014 honor book for older readers, and a Junior Library Guild selection. Westrick has been a teacher, paralegal, literacy volunteer, administrator, and coach for teams from Odyssey of the Mind to the Reading Olympics. A graduate of Stanford University and Yale Divinity School, she received an MFA in Writing for Children and Young Adults from Vermont College of Fine Arts in 2011. She and her family live near Richmond, VA.
All of our special guests will be selling their novels.